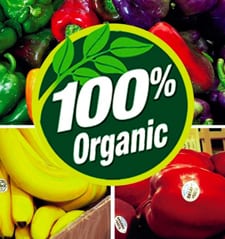 Some specific issues arise repeatedly in the literature. Whether the issues themselves are formulated by consumers or reflect particular questions that researchers have focused on is not always clear. When they are raised, however, these issues – which also appear in qualitative studies – clearly resonate with many consumers.

Not surprisingly, the issues to which we refer often relate to the main differences between conventional and organic practices, associated with the use of industrial technologies, artificial fertilizers and pesticides, as opposed to less industrialized methods based on a balance between plant- and animal production.

Pesticide use is one of the biggest consumer concerns. The worries here may relate to the environment as well as to possible health effects – i.e. either personal, short-term health or the health of future generations.  The use of food additives is a common concern with consumers, and choosing organic food might be one strategy to limit additives in food, as there are limits on additives in the regulations governing organic food processing.  The issue of genetic manipulation in food production is widely debated in public food discourse in many countries. It is known to be a major consumer concern, and has been found to be explicitly connected with the preference for organic food. Most consumers have turned to building their own home organic gardens.

In respect of pesticides, additives and genetic modification, the important point at issue is the consumer’s distrust of producers’ motives: the perception that these practices reflect an interest in profit rather than the production of good food. Although some research has found health concerns to be an important factor in opposition to the use of genetic modification in food production (Bugge 1995), there is clear evidence that many consumers are not primarily afraid of eating products containing genetically modified material, but rather morally opposed to a technology being introduced to food production for the purpose of benefiting producers (Lekfolkspanelet 1996).

Qualitative research has also provided insights into concepts such as “homemade” and “natural” 36 that are commonly used by lay people to describe safe and healthy food. These concepts appear to pick out, and express a preference for, food that has been produced with little or no use of artificial fertilizers, pesticides, food additives and technologies like genetic manipulation.

The review points to the need to address these issues at all levels in the food production chain, but also to seek the underlying values and orientations that are being expressed through such concerns.

The review suggests that understanding consumers’ relation to organic food is a potentially complex task in which many different aspects might need to be considered. Health, environmental concern, ethics, authenticity and taste, and concerns about the relations between people and nature are examples of broad themes that recur in the literature.  The review shows that consumer concern about food quality and safety embraces broad themes and might be connected with both food production and food processing. The nature of consumer concerns might also vary inasmuch as they might relate to immediate or long-term consequences for health or the environment, and they may be interlinked with other concerns, such as taste or moral issues, for example related to fair distribution.  Conflicting results in the studies might reflect the perspectives chosen by the researchers rather than differences in consumer attitudes. The various consumer concerns are not always defined in the same way in different studies. Some studies operate with a “menu” of different concerns, and it might be a tendency for the respondent to “agree”, even if they may not previously have had any particular thoughts about it. It may sometimes turn out to be difficult to substantiate and use such results.

In particular, qualitative studies indicate that consumer concerns are often expressed in overlapping, broad themes. Often consumers say that they are concerned with more than one thing – for example, concern about health and the environment often come together. If the study is designed to deliver a prioritized list of consumer motives, the results may be somewhat artificially constructed, with respondents being “forced” to adopt priorities. As demonstrated above, orientations and concerns must be interpreted with specific contextual frames. We can therefore not expect consistent results across geographical areas, social groups or temporal periods.