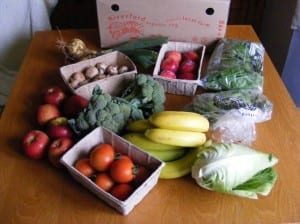 The relationship between perceptions of the food system and perceptions of a food product emerges, in the review, as an important issue. Consumers request for organic information about such matters as the origin of foods, methods of production and food processing, the distribution of profits, the distance the food has travelled, and packaging. Theorists such as Giddens (1991) and Beck (1992) claim that the consumers of today’s post-modern societies are increasingly concerned about the origin of food and the way it is produced, and that new social movements are established around these issues. These movements challenge not only the established systems of production and distribution, but also the entire political structure (Giddens 1991; Beck 1992; Melucci 1991). It would be interesting to look at empirical research on increased consumer interest in the food system. The role of the “political consumer”, and of possible perceptions of food quality relating to this, also deserve more attention.  There are considerable differences across Europe in how the food system is organized, and there are also cultural differences in the role of food in society and everyday life. Such differences in the framing of consumer choices are likely to have a bearing on several issues, among them consumer strategies for seeking organic information and consumer trust in various sources of information. They also have a bearing on issues such as performance and accountability, responsibility and power.

Lack of trust in sources of organic information, especially the Government and the food industry, has been identified as a key barrier to purchasing animal-friendly products (Harper and Henson 2001 in Harper and Makatouni 2002). This appeared as an issue in focus group discussions in the UK (Reading), and among buyers of organic food (Harper and Makatouni 2002). Results like these illustrate that the identification of consumer trust in various sources of information plays an important role in efforts to understand consumer attitudes to organic food.

There are some indications in the literature that consumers in the four case countries under examination here relate differently to different food system actors (e.g. state food authorities and market actors). In the UK, the retail sector has played a dominant role as a “driver” of the developing organic market, including provision of consumer organic information. On the whole the government has had a less active role there than in some other countries (like Sweden and Denmark). In Denmark, the supermarkets have also had an active role, while governmental involvement has probably been more visible to consumers. In Italy, is seems that consumers have established systems of quality assurance based chiefly on personal relations with small-scale market actors. (This trend is illustrated by the already mentioned importance attributed to butchers). In Hungary, it is also likely that information about organic food is obtained mostly via personal relationships or in small-scale market contexts (e.g. farms or health food shops).

It is important to understand the relative importance of various food system actors, as consumers perceive them when they orient themselves about food quality and safety, and there are indications that there is variation in this field. Differences in the basic framing of consumer practices in different countries may have an important impact on the way in which organic food is perceived by consumers. Once we accept that “consumer choices” reflect much more than consumer preferences, the inclusion of these background factors becomes important.