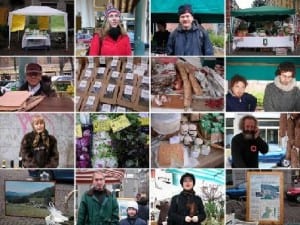 It is possible to observe two distinct trends in organic consumption and distribution: on the one hand, there is a “normalization” in which organic food is incorporated into mainstream, standardized, high-volume distribution. On the other hand, there is what is typically called the “purist” line or “niche” approach (see, for example, Morgan and Murdoch 2000). Here, qualities perceived as organic are sought throughout the food chain, and decentralized, small-scale distribution and handcraft style food processing are also sought.38 These two tendencies are subject to dispute in several countries (among them Denmark, Norway, Italy and the UK), and typically there is disagreement about which tendency represents the most appropriate path of development for the future. However, they are also regarded as strategies that can coexist and cater to different consumer preferences. Comparative consumption and distribution studies of countries exist. It has been found, for example, that in Germany organic distribution is significantly decentralised through “Naturkostladen” (i.e. specialtyhealth food stores), but that in the UK mainstream, multiple retailers account for a large majority of the organic sales. Differences in how these approaches serve the consumers are discussed by Latacz-Lohman and Foster, who advise that both countries have something to learn from the other.

Denmark and UK top the list of EU countries with a high share of organic foods sold through conventional channels at, respectively, 86% and 79% of the organic food sold in total (Hamm, Gronefeld and Halpin 2002). In accordance with supermarket sales, a large part of the food processing is also typically industrialized in such countries. For example, in Denmark, most of the organic milk and milk products are produced by one large company (Arla Foods). In Italy, much organic retailing is connected with small-scale distribution, but there is a dual trend towards both “normalization” and better quality products with higher prices. In Hungary, as well as in other Central-Eastern European countries, as already remarked, the availability of organic food in mainstream distribution is almost zero. It is only  possible to buy organic foods at farm outlets or in smaller specialty stores (often health food stores).  According to Hamm, Gronefeld and Halpin (2002), who have reviewed the European market39 for organic food, sales channels for organic food vary significantly between countries.

Over 70% of organic food was sold through general food shops in Austria, Denmark, Finland, Sweden, Switzerland and the UK. Sales through specialty shops for organic food or health food accounted for 37-44% in Belgium, Germany, Italy, Greece and the Netherlands, while the category “bakers/butchers” accounted for 53% oforganic sales in Luxembourg.  Direct sales channels are regarded as a relatively significant channel across the board, even though they are not the dominant sales channel in any EU of EFTA country. Only in Sweden, Denmark and the UK were less than 10% of organic products sold through direct sales. However, in the accession countries, the Czech Republic and Slovenia, direct sales accounted for 70-100% respectively. Also in some EU countries direct sales and sales via weekly markets are quite high: for example, Ireland (41%), Luxembourg (24%), France (23%) and Belgium (20%). While providing different background structures for production and distribution, such differences in food processing and distribution are also of crucial importance for the availability and the framing of consumer choices regarding organic food. These factors have a bearing on the communication of quality and security issues within the food system, and they must therefore be considered when one is evaluating how consumers relate to organic food.

Normalization of Consumption and Distribution

Is has been claimed that the development of the organic food market implies a degree of industrialization or normalization of this market as for the market for conventional products.  Vertical and horizontal integration in the market, and the merging of producers and processors with resulting tendencies of monopolization, limits consumers’ real choices between alternatives.  While the availability of standardized products might improve, it might be more difficult to find product variation to satisfy diverse preferences (regarding food quality, variation in taste, ethical standards, types of contextual information and the ways in which these issues are communicated and so on). To the degree that this claim (that “normalization” is necessary if the organic market is to grow) is correct, it is therefore important that “normalization” does not occur at the expense of the consumers and their values, perceptions and preferences. It is important to have sufficient knowledge of the ways in which consumers perceive organic food and what their expectations are, for example, regarding organic food quality.  Consumer emphases on environmental considerations (e.g. keeping the “food miles” low), quality aspects related to “handcraft” small-scale processing (e.g. sparse packaging), or personal trust relations, might be harder to meet inside a standardized food system. On the other hand, high availability and low prices are examples of consumer demands, which might more easily be fulfilled through a “mainstreaming” approach. Since consumer preferences are not homogenous but rather vary considerably – within countries, within groups, but also “intra-personally” according to different contexts – it will be important to keep the possibilities open for meeting a variety of (possibly contradictory) demands. The characteristics of organic food processing and distribution do not only affect the framing of consumer choice and consumers experience with organic food. They help to determine who consumers perceive as “relevant others” in the food system so far as communication, trustworthy information and so on are concerned. For example, butchers are considered important guides among Italian consumers, while food authorities enjoy a high degree of trust in the Nordic countries.